Whew! He made it.

At just a few minutes before midnight Pacific Coast time, Swiss psychiatrist, adventurer, and entrepreneur Bertrand Piccard safely landed at Moffett Field on the shores of San Francisco Bay after flying solo more than 62 hours from the Hawaiian Islands to California.

Now had he been flying, say a Boeing 757, the feat wouldn't be as nearly remarkable. Fossil-fueled, jet-powered aircraft make the same or similar journeys routinely on a daily basis. Just check out FlightRadar24, especially the trans-oceanic routes.

No, what made this flight historic is that the airplane Piccard flew is powered entirely by photons: sunlight from our home star 93 million miles away, which of course, poses an interesting challenge: what happens when the Sun's on the opposite side of the planet and your solar-powered plane has to remain aloft during the long night, especially over vast stretches of ocean?

The first serious test of his Swiss-built plane, Solar Impulse II (Si2), came last year when Piccard's friend and fellow pilot (they trade legs of their 'round-the-world flight) Andre Borschberg set a world record on Leg 8 flying non-stop over four days from Osaka, Japan to Honolulu, Hawaii, a distance of 8,924 km (5,545 mi). He was aloft and alone in the cockpit for more than 117 hours. By comparison, Piccard's flight was just over 62 hours, just half the time, but still incredibly remarkable; and every moment of it tractable by Internet.

Si2 manages this remarkable feat by collecting and storing solar energy as electrochemical energy in 4 banks of lithium-polymer batteries, each with capacity rating of 38.5kWh. The more than 17,000 solar cells on the plane collect enough energy during the day to let the plane continue to fly at night, essentially in a long glide. By sunrise, the batteries are down to around 20-25 pct, at which point the pilot begins a long, gradual climb, using any spare sunlight to recharge the batteries, while also powering the four 10 hp electric motors. On a typical day, the plane will climb to between 20,000-30,000 ft, descended to 4,000-5,000 by night's end. So far, the regimen has worked well.

For EV World, I followed segments of the trip, starting with the takeoff from Hawaii and later resuming my 'watch' as Piccard's first night approached. I write about that moment in my Electric Currents blog, as well as regularly posting updates on our @evworldeditor Twitter account as the flight progressed. From takeoff, I posted updates at the 28, 42 and 83 percent points in the trip; and of course at he reached the mouth of San Francisco Bay, circling outside and over the Golden Gate Bridge for quite a few hours waiting for the winds to die down to allow a safely landing at Moffett Field.

As you listen to the interviews he conducted along the way, including a live video link with Secretary General Ban Ki-Moon during the signing of the climate change agreement at the United Nations in New York, it is clear he is passionate about his mission and his #FutureIsClean vision.

He was also caught up in the moment, the emotion clear in his voice as the sun rose on his second day in the air, exclaiming how beautiful the sight was and that "Now I know why I put so much into this project… I will carry this moment with me for the rest of my life."

After safely landing in California, the team will inspect and prepare the Si2 for Leg 10 with Borschberg at the controls to a city yet to be determined in mid-America. Leg 11 will then take Piccard to New York. Leg 12 will be another long-trans-oceanic flight, this time across the Atlantic to either southern Europe or possible North Africa. The final segment will see Piccard fly across North Africa and the Middle East to Si2's starting point in Abu Dhabi.

All along the way, Piccard and Borschberg share their vision of future powered by clean energy, like the 17,248 solar cells mounted on the wings and tops of the fuselage and horizontal stabilizer. Their message is simple: if we can fly around the world without a drop of fossil fuels, we can power the world with cleaner, greener energy technologies, creating jobs and a more sustainable world for ourselves and those who follow us. 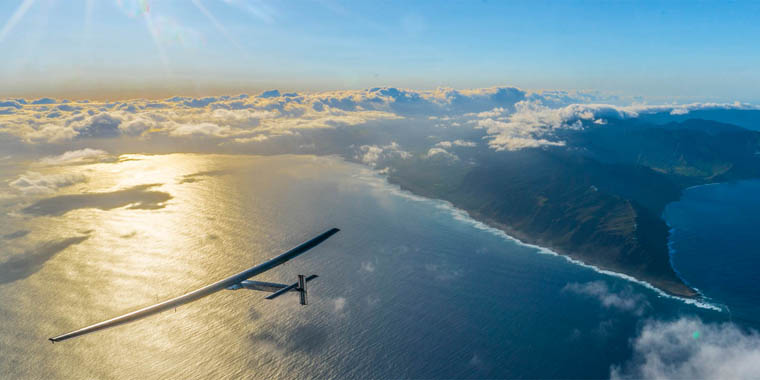 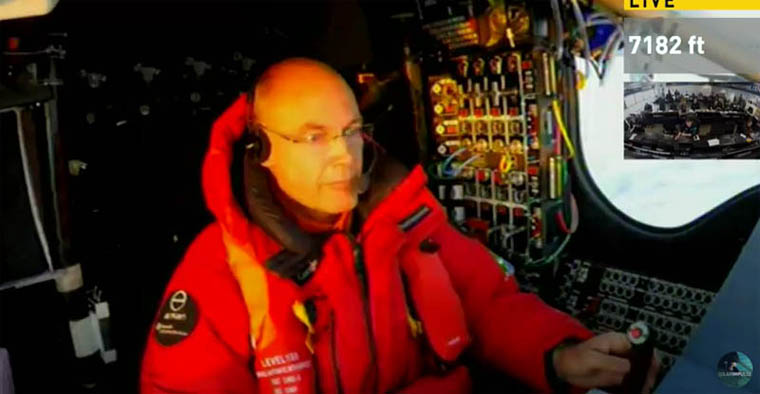 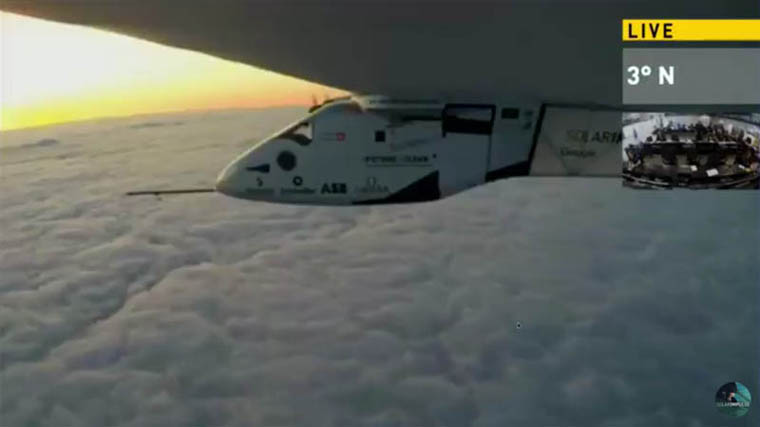 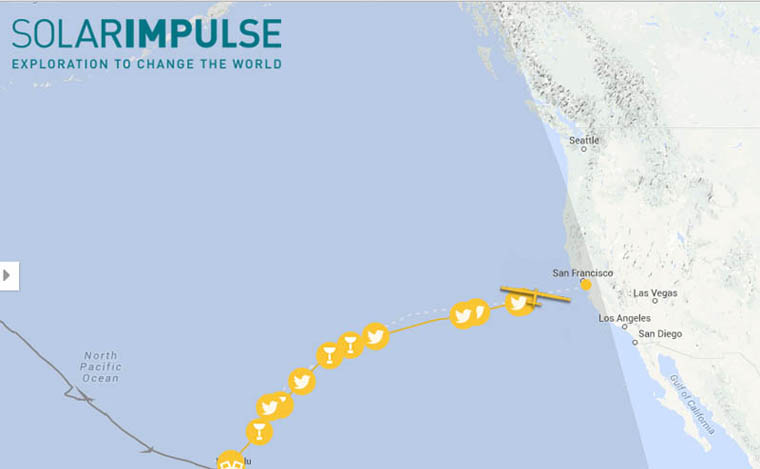