Welcome To
The Future In Motion™ Podcast

Exploring the World of Electric Vehicles for More Than Two Decades

Get Started
TODAY ON @EVISIONEER2020
The Age of Electric Cars Is Dawning Ahead of Schedule -- New York Times
An Ultra-Secret Battery Startup Hints That It's Blown Past Tesla - But Won’t Show the Goods -- Medium
Amazon Seeking to Make Climate Change Its Prime Directive -- Bloomberg
Nikola Chairman Resigns Amidst Allegations, SEC Probe -- Autonews
Global Warming and the US Presidential Election -- The Economist Over the weekend, television celebrity Simon Cowel, age 60, fell off an electric-assist mountain bike that he apparently had just acquired. Reports are that he fell in such a way that he broke his back, coming within one centimeter of possibly being paralyzed. During an overnight 6-hour surgery, surgeons purportedly installed a stainless steel rod to stabilize his vertebra.

The Sun newspaper, a popular British tabloid, reports Cowel "fell backwards and smashed down onto a concrete floor at his Los Angeles home.

"A source said: 'He was testing out his new bike with Eric and Adam (his sons) and the power of it surprised him a bit."

That's probably because unlike most e-Bikes available on the market that are typically rated at 250-750W - the latter being approximately equivalent to one brake horsepower - he was siting on a Swind EB-01, which sports a 15kW electric drive, or some 20 HP.

Today, Cowel cheekily tweeted from his hospital bed: "Some good advice: If you buy an electric trail bike, read the manual before you ride it for the first time." The most recent reports say Cowel won't be walking for weeks and will require physical therapy. Having ridden electric-bicycles for something like 20+ years now - and crashed at least a couple times - I concur that maybe he should have known what he was get on, especially since e-bike motors have gotten more torquey and batteries more energy dense in the ensuing decades. The little side-mounted Ball Electric motor on my first e-bike 16-inch-wheeled folding model in the early 2000s provided only modest amount of assist. As the years have passed however, their technical sophistication increased and e-bikes began to gradually drift from curious, toylike novelties to serious commuting options, especially for aging bike riders, like myself.

With the onset of the COVID-19 pandemic, public interest in electric-assist bicycle have skyrocketed. They have always been tremendously popular in China, which is the world's leading e-bike manufacturer, but suddenly demand in the West is outpacing supply, in large part because residents in densely-populated urban centers which have historically been reliant on public transit - buses, trams, trolleys, light rail, subways, taxis, and more recently ride-share like Uber and Lift - have decided to shy away from their close quarters for fear of contracting the virus. Additionally, remote workers and stay-at-home orders have given families more time together and compelled people to go outside and ride as a way to relieve the monotony and isolation.

What more riders are also starting to realize is that using an electric-assist bike - the more conventional single or sub-horsepower ratings - can be just as physically beneficial as riding a manual pedal model, something that apparently attracted Cowel to e-bikes. Because of a previous health issue, he is said to have taken up e-bikes to help him get fit again. If you follow my Quikbyke Tweeter page, you'll find that I occasionally link to articles that discuss the exercise benefits of e-bikes. Additionally, it appears insuring e-bike riders is a safer bet for underwriters than your typical cyclist.

However, as Mr. Cowel demonstrated, older e-bike riders may end up having more accidents. In the Netherlands, studies found that retirees are at greater risk of bodily injury riding an e-bike than younger riders. Part of the answer certainly has to do with age-related declines in sensory acuity and balance, but also because e-bikes allow older riders to travel further for longer periods of time, increasing their exposure risk compared to riders of their same age on manual bikes.

I am 72, going-on-73 next month and I still enjoy riding my e-bikes, of which I have four, though as a general rule I ride the Falco Maverick pretty much most of the time. My usual ride is a 5-mile, half-hour circumnavigation of a nearby flood control lake with a wonderful paved trail. The lake is home to year-round flocks of Mallard ducks and Canada geese, as well as quail, song birds and barn swallows. It's a wonderful break from my desk.

I can understand why Mr. Cowel decided to climb aboard his, though I agree, he should have been aware that his new toy has 20 times more powerful than what he probably was used to riding. Which also begs the question of classifying something with a 20 hp motor as a "bicycle."

I think we are all immensely relieved that his injuries didn't leave his paralyzed. If there is a silver lining to this story, it is that from the sheer number of news accounts across the Internet, I suspect that the accident has done more to raise global awareness of electric-assist bicycles than the fact that Leo DiCaprio or William Shatner or Arnold Schwarzenegger have ridden them for years. Hopefully, it will also remind everyone to be safe. America has a long ways to go to catch up with Europe in terms of dedicated bicycle commuting infrastructure. And we still need to reach a universal consensus on where we can ride e-bikes. I was instrumental nearly a decade ago in getting them permitted on that trail I ride around the lake, and in getting the state of Nebraska to recognize them in statute law as "bicycles" and not "motor vehicles." It remains unclear if they can be ridden in our National Parks or not, let alone in many state parks across America.

One of the last holdouts in permitting e-bikes on public streets has been the Empire State. However, as of August 2, 2020, "the law allows people to operate electric scooters (e-scooters) and bicycles with electric assist (e-bikes) on some streets and highways in New York State."

I would be remiss if I didn't mention the startup I and several investors put money and a lot of time into. We call it Quikbyke. The concept is a self-contained, solar-powered electric bicycle rental "pop-up" shop in a converted 20 ft cargo container. The idea was to place it on or near cruise ship docks initially in the Caribbean. Cruise passengers typically have 6-8 hours of shore time and we wanted to offer them a carbon-free form of personal transportation that would allow them "to see more and do more while ashore." The catch phrase was "Come Ride the Sun" since the electricity charging the batteries comes from solar panels on the roof if the container. It proved a popular service when we trialed it during the 2016 US Olympic Swim Trials here in my hometown of Omaha, NE. When we eventually moved it to near Port Canaveral, the setbacks began to multiple: zoning restrictions, Hurricane Irma, a fall out with a co-founder, the unexpected death of another, a second hurricane, more zoning restrictions, the reneging on a lease contract, and then COVID-19. But I am still hopeful that we can parlay our experience and knowledge into a viable business, solar-powering all those new e-bikes and e-scooters hitting the streets of America using innovative designs engineered and built with strong Nebraska ethics.

EV World and Quikbyke extends to Simon Cowel and his family our heartfelt wishes for a full and speedy recovery with many more years of safe, relaxing, and fun electric-assist biking. 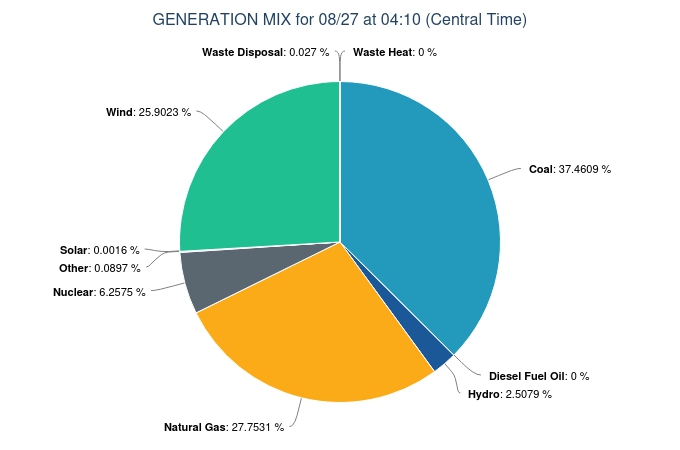